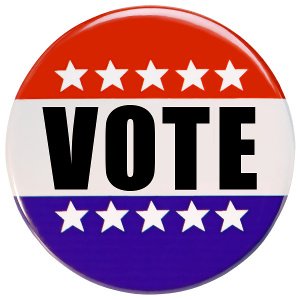 I’m not voting!  I Don’t Like Either of the Candidates…

Every election cycle we hear about citizens frustrated with the candidates.  Many of these people throw their hands up, and say, “I’m just not voting at all.”  I can certainly understand the frustration.  It seems the main parties are giving us candidates that are more extreme, more partisan, and more polarizing.  Often, it feels that there is nobody running that represents our interests and the things that we value in our society.  So what is the best response in this situation?  Why should I vote if I don’t agree with the candidates that have a chance to win?  Wouldn’t it be better for me to just skip the voting booth and ballot box altogether?

Not Voting? Consider the Other Options

While not voting at all is certainly an option, it is not the best option.  If you skip voting, you have very little influence on the election and the main parties have no real reason to try to convince you to vote.  Let’s look at an example that may shed some light on this.  If there are 100 voters (assuming all actually vote, and let’s ignore 3rd parties for this example.)  Party 1 would need to get 51%, or 51 total votes, to win the election.

If 20 of those voters decide they are not voting at all, Party 1 would still only need to get 51% of the vote, or 41 of 80 votes, to win.  If polls show that the election is very close, each party would need to spend money to increase their vote totals.  If they were going to try to convince one of the 20 non-voters, they would have to convince them both to actually go out to the polls and actually vote for them.  This seems much more difficult and less cost effective than just to focus on actual voters.  If they can convince one person from the other party to switch to vote for them, it increased their total by 1 and also reduces the other side by 1.  This is way easier than convincing a non-voter, and this leads to a lot of the negative campaigning that we see today.  In this situation, only Party 1 and Party 2 have any power, influence, or voice in this process.

Related: Voting For the Lesser of Two Evils

Now, what if those 20 “not voting” people were to actually vote, but chose not to vote for the 2 main candidates?  Let’s say that the race is close, and you have 41 votes for Party 1, 39 votes for Party 2, and now 20 votes for Party 3.  This drastically shifts the balance of power.  Now, instead of Party 2 having 49% of the vote, they only have 39%.  What’s more surprising is Party 3 has 20%!  This is a subtle but important influence in the results.

Would this change the outcome of this particular hypothetical election?  No.  But would it be a wasted vote or wasted effort to vote for Party 3?  I think to examine that, we have to consider a long-term outlook.  What type of candidate would run for Party 3 in the next election if 20% of voters have already proven that they would vote for a 3rd party?  It is probable that it will be a much better, more viable candidate than the type of candidate Party 3 could have drawn prior to people proving they would actually vote for Party 3.  Also, Party 1 and Party 2 would have to nominate a more widely accepted candidate, because a slight shift toward Party 3 would cause one of the main parties to lose power.  Negative campaigning would also be reduced.  Currently, if Party 1 can make Party 2 look bad, any lost votes will most likely go to Party 1.  However, with a viable 3rd party, making Party 2 look bad could push a voter to Party 1 or Party 3, which doesn’t guarantee any improvement.  The most effective way to gain voters would be to discuss the positive values of your own party.  This will lead to more productive campaigns and debates.

Hopefully if you are considering not voting at all, this article has made you rethink this position.  It is not a waste of time or a wasted vote to support one of the other candidates.  Voting for these third party candidates will also have more impact on future elections than not voting at all.  What do you think?  Share your thoughts below.