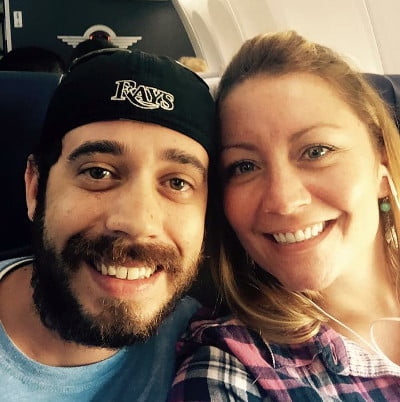 Jean-Paul Piccion is a candidate for the US House of Representatives from District 13.  District 13 represents most of Pinellas County including, Clearwater, Largo, Pinellas Park, Dunedin, Safety Harbor, and the Pinellas beach communities.  Mr. Piccion is one of 4 children, and his parents are from Uruguay and Cuba.  His family moved to Redington Beach in 1998, and he has lived in Pinellas county ever since.  Piccion is currently a student and works for the Tampa Bay Rays.  He and his fiancee enjoy the beautiful Florida weather by going to the beach, softball, golf, and other outdoor activities.  We had a chance to catch up with Jean-Paul Piccion by email to learn more about his campaign and his plans as a representative in the US House of Representatives.

How did you become interested in politics and then what led you to actually step out and become involved in the process by running this campaign?

Piccion: As young boy I was always interested in history and the founding of our country.  As I grew up and paid more attention to current events, my interest turned more to our political processes and what was going on in our Congress and Senate.  I feel that they have the biggest impact on the direction of our country.  What made me step out and become involved is the fact that I feel that the lobbyist and special interest groups now control our government.  We have Senators and Congressman that have been in office for too long and no longer do the bidding for the every day person-instead they do whatever the lobbyist and special interest groups that back them need them to do.

What experiences do you have that will be valuable in Congress (political or just life experiences)?

Why did you decide to run as an independent party, and do you think that has a negative impact on your chances of winning this election?

Piccion:  I chose to run as an independent because I think one of the main issues facing this country is that we only tend to elect people from the Republican and Democratic parties.  This is what makes it so easy for lobbyist and special interest groups to keep these career politicians in their pocket.  I don’t know that it has a negative impact on winning, but it does make it more difficult.

Do you support moving to a Top 2 primary format?

Piccion:  I don’t think I would support a Top 2 primary format.  In the end it doesn’t solve our problem which is always electing Republicans and Democrats.  What I would support is an end to the electoral college.  The Presidential race should be based on popular vote, end of story.

What do you think are 3 biggest issues facing US/FL and how do you propose that we address them?

Piccion:  I think the biggest issue facing the United States and Florida is the income inequality.  Corporations are seeing the largest profits yet the wages for the majority of Americans have stayed the same.  I think that we need to raise the minimum wage and close the tax loopholes that allow these companies to save millions of dollars.
Our national debt is another huge issue that this nation is facing and one that neither party seems to want to address.  The solution though is going to be a tough one.  We are going to have to really sit down and make some tough decisions on how to drive the debt down.  Where we need to start though is by not increasing the debt and passing, and maintaining, a balanced budget.

As someone whose parents emigrated from Uruguay and Cuba, what are your thoughts on the current immigration process.  What reforms, if any-do you think would improve the security of those of us in the US, while still encouraging people to pursue a better life in the United States if that is what they choose?

Piccion:  I think we do need to protect our boarders.  Not to the extent that Trump speaks of though.  Statistics show that the influx of immigrants coming into the country from Mexico is declining.  What I think we should do is maintain the current amount of protection on the U.S./Mexico border.  At the same time, we need to have a process in place to legalize the current illegal immigrants that we have in the this country, after we have verified that they are nonviolent immigrants and that they are here to work.  The sooner we can get them legalized and able to work legally the better it will be for this country.  We will then be able to have them contribute to our taxes, social security, and Medicare programs and I feel that this will benefit us in the long run.

Right now there is a lot of talk about the easing of sanctions against Cuba and Obama possibly going to visit Cuba.  As a first generation American with a mother who came here, with her five other siblings and parents, from Cuba I hear both sides of the argument; and I understand both points of view.  I have family members that are against the warming of our ties with Cuba and others that are for it.  My personal opinion in the matter is: we created the embargo in the hope of crushing the Castro regime, and it has been fifty plus years since the embargo went into effect and while it may have hurt the Cuban economy it did nothing to destabilize the Castro regime.  If anything it affected the life of the everyday Cuban.  If in fifty plus years it didn’t do anything to overturn the Castro government why should we think that in another fifty years it will accomplish it?  Why not take a new approach?  I feel that if we renew our relationship with Cuba and bring more money into the country, the people, even though they will not feel the benefits directly because the government controls everything, might see what the benefits could be like if they lived in a democracy, and it might push them to fight for more freedoms.  More freedoms that would have them fight for a democratic government that would allow them to benefit from the easing of these restrictions.  The bottom line is fifty years plus of an embargo has done nothing to weaken the Castors regime.  It is time we try something different.

Do you support NSA data collection of phone calls and other personal info?  Why or why not?

Piccion:  While I value my privacy I also have nothing to hide.  As long as the NSA is only focusing their efforts to track down terrorist and stop acts of terrorism, I have no issue.  Now the moment that it is used for anything other than that we will have to reevaluate the policy.

Do you think we should audit the fed as Ron Paul and Rand Paul have been proposing?

Piccion:  I do think they should be audited.  Every aspect of our government needs to be held responsible.  We should definitely know what the Federal government is doing with our money.

Do you feel there should be more or less environmental regulation, or is it pretty balanced right now?  What would you change if anything environmentally?

Piccion:  As of right now I think it is fairly balanced.  I don’t think that we should be loosening up any of the regulations that we currently have.  We do need to focus on the issue with climate change and work towards reducing our dependency on fossil fuels.  As American citizens I think it is our responsibility to only be electing candidates that acknowledge that this a real issue that needs to be addressed.  Any candidate that doesn’t accept climate change as a real issue, caused by mankind, shouldn’t be considered seriously as a viable option for office.

What do you feel about the war on drugs?

Piccion:  The war on drugs is a real war and a war that we need to keep fighting.  I do feel that we need to reconsider our position on marijuana.  I don’t think we should, at a federal level, be considering it a drug the same way we view crack cocaine, heroin, etc.  I would like to see recreational use of marijuana, in the near future, legalized and regulated much like alcohol is.  I would also like to see a push to end the use of nicotine in this country.  I feel that nicotine is much more addictive substance than marijuana and much more harmful.

What are some things that voters would not know about you (hobbies, family, talents, etc)?

Piccion:  I am an every day, average American.  I work a full time job and a part time job while still putting myself through school.

What would you say to people that are frustrated with the current political process and partisanship?

Piccion:  Vote!  Vote for someone else other than a Republican or Democrat!  Let’s shake this government up and show them we are not content with the current direction our country is going.

How can people make a difference to change the current political climate?

What else would you like to address that was not mentioned above?

Piccion:  I really believe we can change this country for the better.  It isn’t going to happen overnight, but it can be done within our generation.  We start by fixing our government.  We vote out career politicians, and break the hold the lobbyist and special interest groups have on them.  We set term limits for Congress and the Senate.  Once we accomplish this, we can then start working on the real issues that need to be addressed.  Income inequality, climate change, how to pay for social security, how to take care of our veterans, the list is endless, but we can’t do it by keeping the same people in office year after year.  They are too worried about making any dramatic changes and hurting their chances of getting reelected.  Let’s help them out with that by setting up term limits.  That way they can worry about accomplishing something rather than running again the next time around.

How can people keep up to date with your campaign and support you during this election?

We appreciate Mr. Piccione taking time to discuss his campaign with Independent Florida.  If you want more information, leave a comment below, start a discussion in our forums, or contact Mr. Piccione through Facebook.  Don’t forget to join the discussion in our Florida Elections Forum to let us know what you thought of this article, and check into the other forums for any other political thoughts that you would like to share.  We would love to hear from you!

*Independent Florida does not endorse any candidate or organization in connection with this or any other article. We strive to educate voters on their options, so they can make informed decisions. Additionally, we try to provide a media platform for candidates that don’t receive the same funding of major political party candidates, so the independent/3rd party candidate’s voice can be heard.