The 2016 presidential primary has been intriguing, exciting, frustrating, disappointing, and all kinds of emotions so far. Years from now, it may be a historic presidential race. We saw many ups and downs from both the Republicans and Democrats. With the candidates pretty much set, we are now seeing more interest in 3rd party candidates as well. 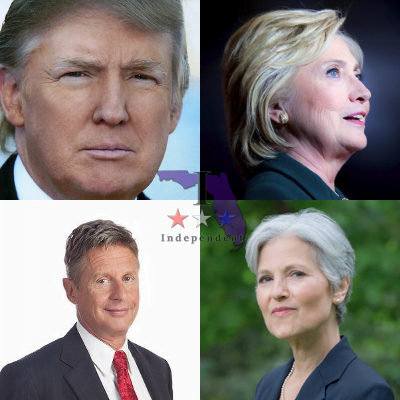 It seems many in the Republican party kept waiting for Donald Trump to falter or for another candidate to rise up and overtake him in the primary races. However, this never seemed to happen. While Trump made more than his fair share of political missteps, it never seemed to hurt his poll numbers. Eventually, we saw every other candidate suspend their campaign. This left Trump as the last one standing on the Republican side of the upcoming election. Who will he choose as his running mate? This will be interesting to see if Trump chooses a more traditional vice president that may bring more support from the rest of the party.

The Democrats seemed pretty set on Hillary Clinton originally. However, Bernie Sanders kept plugging along. With income inequality, higher minimum wage, and free college tuition, Sanders’ idea of democratic socialism gained support, especially among younger voters. Many wondered if this base would turn out to vote when it mattered, and in many cases they did. It looks like Clinton will still secure the nomination, especially with the Superdelegates that the Democrats use in their nomination process. However, Sanders has done quite well gaining support and bringing his ideas into the discussion.

One of the big questions remaining is what will happen to Sanders’ supporters and people from the #NeverTrump movement? Trump and Clinton have very high unfavorable poll numbers, which means many people may choose to not participate, thinking that this election is a lost cause. Not voting is always a poor option though. If they do vote, will they reluctantly support Trump or Clinton, or will they vote for another candidate?

That brings us to another interesting part of this campaign- the 3rd party candidates. The Libertarians should be on the ballot in all 50 states, which will make their nominee worthy of more attention.  Gary Johnson has political experience that will make him more relevant than most of your 3rd party candidates from minor parties.  The last poll that we saw had Johnson just over 10%. This is an exciting number considering how little media attention 3rd party candidates receive. If Johnson can get a place in the presidential debates, it will be interesting to see what happens. Jill Stein is another candidate, who is running as the Green Party candidate. Right now, the Green Party appears on 21 ballots including DC, and she is working on appearing on the ballot in other states as well.  While this may not seem as viable of an option, Jill Stein may draw support from Progressives that don’t wish to support Clinton.

Time will tell what this 2016 presidential election means historically. Will it lead to one of the worst/best presidents of our time? Will it lead to the rise of a viable 3rd party for the future? Will it shift power away from the Republicans and Democrats? I support anything that will cause the current parties to be less polarizing. The middle of the political spectrum is not well represented today, even though it is where most of the population actually falls in the political spectrum.

What’s been the biggest surprise to you so far with this election cycle? What do you think will be the most significant thing that will happen when we look back at this election 10-20 yrs from now? Share your thoughts below, and make sure to check out the forums!